On Saturday, we all got together at Tania, Joaquim and Raquel's house for a traditional BBQ, or churrasco. They had worried about the rain, but it was wonderful weather. Tania made the sides and Uncle Dudu, the “BBQ Master” as I call him, brought the meat and did all the BBQing. They have a Brazilian BBQ that uses charcoal, has various metal racks, and a spinning “sword” for the meats (there were like 3-4 pieces grilled that day).

Just some salt, and that is it! BBQ Master did an amazing job as all the meats were tender and succulent. Yum yum! Before we sat down to eat, Luiza brought by cut up calabresa dipped in farofa for us to munch on. 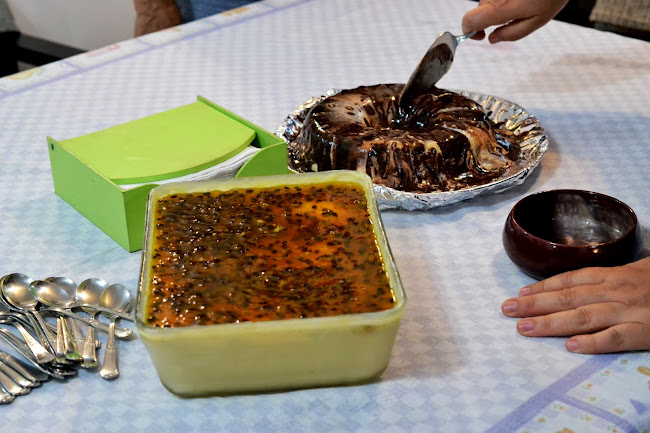 Then Cris and “Amiga de Vovô” made desserts of maracuja pudding and ice cream cake (respectively). And then the family photo – turned out pretty nice. There are like 30% serious and 70% smiling faces. I showed them the photos the next day and they loved them – so flattering, Fernando's family. 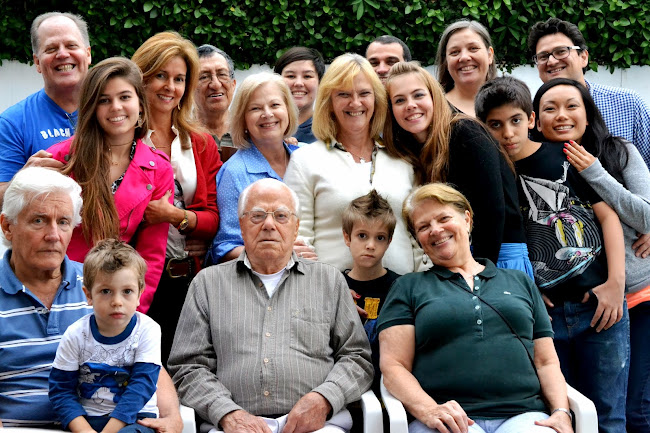 Those of you not present are missed!